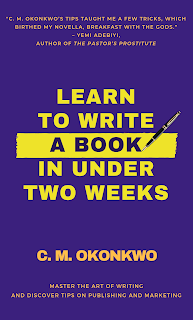 I’m constantly winning contests and getting shortlisted for prizes... this could also be you, but the problem is that you have not yet written your story.

What are you waiting for?

How to plot? How to start writing? Where to get ideas from? How to develop your ideas? How to finish your book? How to make it all make sense? 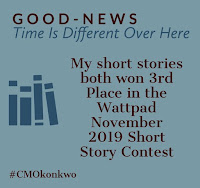 So I also participated in the November 2019 editions of the #Wattpad Short Story Contest series, and my entries titled #SHE and #Gabriel won third place, respectively.

Email ThisBlogThis!Share to TwitterShare to FacebookShare to Pinterest
Labels: Contests

Preamble
The Executive Council of ANA Lagos State Chapter, led by Mr. Yemi Adebiyi was dissolved on Saturday 11th January 2020 by the General Assembly, in line with the provisions of Article 9.5 of the Constitution. The tenure of the Adebiyi-led executive had elapsed by October 2019, but the Chapter had been unable to conduct elections before the 2019 National Convention in Enugu, as the former National Executive Council had asked that the Chapter election be suspended, because the national Exco was unable to send a delegation to witness the said election.

To run the affairs of the Chapter in the interim, a five-person Caretaker Committee was set up by the state assembly – with a three-month tenure, on the same day, 11th January 2020.

Which 'Twenty-One Days' Character Are you? 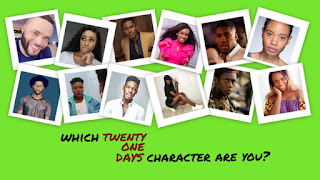 I wrote and published “Twenty-One Days” in 2015, and it still feels so fresh in memory... the extreme backache, the hospital visit and the hallucinations, just because I couldn’t stop writing. 350 pages later, I finally stopped. I had to. Editing was hectic, deadline way too short, but I did it. Three months of sleepless weekends to write, edit and print. My NYSC service year challenge / project.