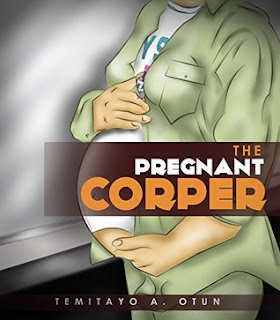 Ifeoma an Igbo girl who grew up in the western part of Nigeria and has inculcated the yoruba culture. Her first experience in the matters of love and relationship was a cruel one which taught her a hard lesson. She then lost the two most important men in life to the cold hands of death, denied her patrimonial right then became a victim of jest and mockery throughout her service year.

As a born again Christian, she kicked against immoral and illicit sex on the three weeks NYSC camp which has become a trend among the corps members during the three weeks boot camp but unfortunately she became a victim. Ifeoma got pregnant and couldn’t find the responsible corper who seem to have suddenly disappeared under her nose.

Enjoy the story of Ifeoma as she struggles through with her pregnancy with shame and stigmatization. After childbirth she continued her hard labour at survival being a single mother of a xenophobic daughter without a meaningful job in the tough and highly competitive Nigerian economy.
***

"The Pregnant Corper" is a novella in the Literary Fiction genre by author Temitayo Otun.

The novella could have been better and more interesting... but everything was rushed. We are rushed into camp and before we even understand what’s happening in camp or what the camp looks like, the next sentence already takes us to the 2nd week. For a reader who knows nothing about the NYSC scheme, it’ll be difficult to understand the setting.

The main character, Ifeoma, loses her father, then a pastor, Lere, who she’s dating, but you don’t feel really sad, because you don’t know that much about both men, they breeze in and out. Then she goes to camp, and for one week we don’t know what she’s doing if she’s enjoying camp or not. Then we enter the second week and she meets Jamal; they have sex after they’ve had drinks, but then she’s not sure if she wanted it or not. Jamal likes her, but she doesn’t want to be with him. Next thing, we move on to the third week in camp, and camp is over, with her ignoring Jamal who tries to exchange phone numbers with her.

When she is posted to work, she gets sick and finds out she is pregnant, but she has no way of reaching Jamal. After a thorough search by the NYSC office, she is informed that there’s no Jamal. It was a fake name. Before you know it, she gives birth to a girl and finishes the NYSC program, and we are just 45% into the book. So the remaining 55% is about her failed relationship, raising a child, doing a side business with her mother, and job hunting… and eventually, things start to go well for her, after an unfortunate event turns around to bring her joy, and a happily-ever-after ending. Because of the title, I expected that the whole story would evolve around camp and Ifeoma being pregnant... (Maybe the title should have been different?)

The novella needs another round of editing, and not just for the grammar and structure, but for the consistency and flow. Characters were all over the place; the point of view and tenses changed abruptly, it just made the reading really difficult for me.

For example, chapter 4 has an abrupt change of narrator with no warning. At first, I thought it was an error; just after reading chapter 3, narrated by Ifeoma, chapter 4 is narrated by someone else who we don't know until a few pages in when he is called Azeez (he met Ifeoma one day when she was still pregnant — she was throwing up after being secretly mocked and laughed at by other corps members, and he pitied her). They become friends and he is condemning “Jamal” for putting her in a shameful situation. And just when you’re about to understand who this new character is and what exactly he’s doing in the story, chapter 5 abruptly re-introduces Ifeoma, cutting the flow again. Then chapter 6 brings back Azeez. He gets a young student pregnant and flees, and that's the end of him, the young student, her family members, and a couple other characters, in the whole novella.

We don't get to really know all the characters in the novella; we just breeze through who they are by narration, as there is hardly any dialogue. A part of the little dialogue in it was funny, but some other parts didn’t sound real or natural.

In all, the storyline was okay with some nice suspense towards the end, but the storytelling and delivery were very poor.