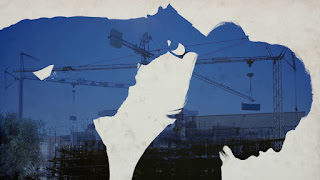 Since I resumed work, my colleagues have been asking if I finished my holiday book and I’ve said YES! Some didn’t believe it, they thought it was just a short story because I finished it in under two weeks and went halfway into another book. I had to show them the finished book, and some of the engineers have been bugging me to release it ASAP.

It’s the same size as When It's Murder and I wrote that one in three weeks. It only tells that I’m getting better, right? And do you know why? It’s because I wrote my first thriller novel in about 6 months or more. I struggled with putting everything together, but today, I write a fantastic killer thriller in less than 2 weeks... I wanted to slap myself awake when I got to the end of Murder On Site but I wasn’t dreaming.

I have a secret formula though that I have built in the last 5 years since I began my writing journey and that’s why I’m penning a countless number of books, including ghostwritten books for others. Yes, I ghostwrite as well 😁. I can tell you my secret formula, but I would have to kill you afterwards😊. Just kidding.

I will be releasing two things in the coming weeks: my writing guide and my writing process template. Hopefully, they’ll help writers master the elements of writing and complete their first draft in less than two weeks.